Posted on November 15, 2021 by penndigitalPosted in apple 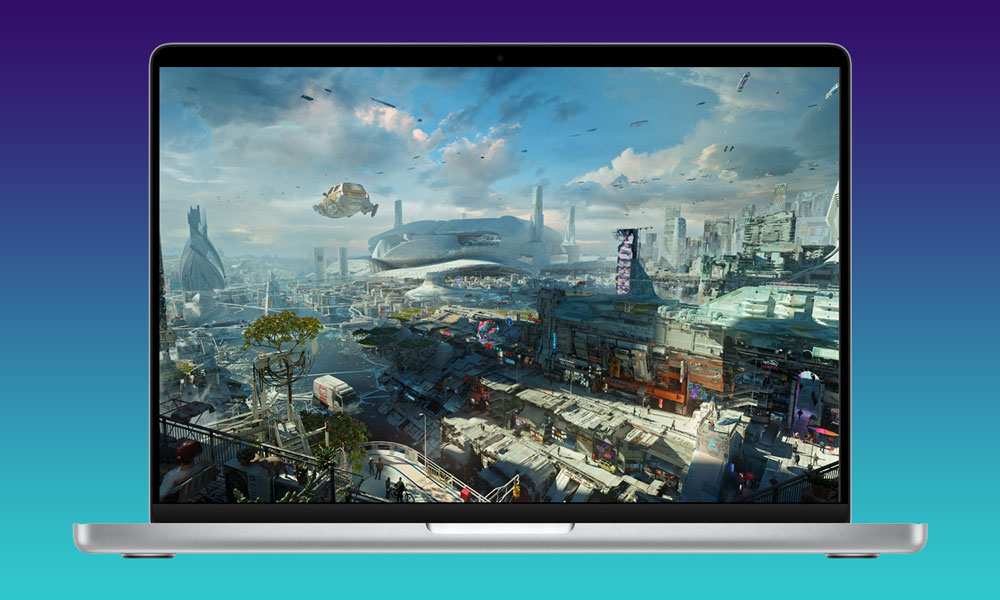 Although Apple naturally prefers to focus on the “pro” aspects of its new M1 Pro and M1 Max chips, it turns out it can also hold its own against some of the best PC gaming laptops.

This shouldn’t be a big surprise, of course, since the same GPU performance that powers high-speed 8K video editing in Final Cut Pro and advanced 3D modeling and animation in Cinema 4D should also be more than suitable for playing graphically intensive online games. Still, PCMag decided to run some tests to find out exactly how well the new M1 chips stack up against some of the best laptops for gaming.

To be fair, Apple makes it very clear that these new MacBook Pro laptops are for serious professional content creation. Unlike the kind of apps it shows off at its iPad and iPhone events, games were nowhere on the roster during last week’s Unleashed event.

The downside to this is that while the M1 Pro/Max may provide the raw power to handle the latest games, game developers aren’t putting any real effort into macOS as a serious gaming platform, so games simply aren’t optimized to take advantage of the M1 architecture — and that’s not likely going to change any time soon.

In other words, when it comes to gaming, the new MacBook Pro is at a definite disadvantage. The question, then, is whether the insane level of power packed into the M1 Max can actually overcome the handicap of being ignored by game developers.

Seeing how well they perform on CPU-intensive workflows when we reviewed the 14-inch and 16-inch MacBook Pros got us thinking: Are these seriously powerful new processors equally adept at running graphics-intensive AAA games?

The Games and Platforms

There isn’t a huge catalog of Mac-compatible games to choose from, but thankfully, British developer Feral Interactive specializes in bringing games from top-notch development studios over to the Mac side. This includes Rise of the Tomb Raider, Shadow of the Tomb Raider, Total War: Warhammer II, the 2016 Hitman reboot, and Sid Meier’s Civilization VI.

All the games were run at a resolution equivalent to full HD — 1,920 × 1,200 — to provide an accurate comparison since the 14-inch and 16-inch MacBook displays have different native display resolutions.

Put up against the new MacBooks was a Razer Blade 15 Advanced Edition, an Intel Core I7-based system with a GeForce RTX 3070 GPU, which PCMag describes as representative of “a state-of-the-art high-end Windows gaming laptop.” Since this Windows machine didn’t have a 1,920 × 1,200 resolution setting, the standard HD setting of 1,920 × 1,080 was used, giving it a “modest advantage” since 11% more pixels are being pushed around by the MacBooks.

In all cases, the new MacBooks basically ran neck-in-neck with the Razer RTX 3070 equipped system, even at higher resolution settings.

From the get-go, it’s clear that the new MacBook Pros are both theoretically capable of enjoyable experiences even when running truly taxing games.

This was especially apparent with the 2016 edition of Hitman, which maintained an average performance of more than 100 frames per second (fps), even with the detail settings cranked up to Ultra.

While PCMag’s Tom Brant concedes that this is an older game, he also adds that even today, there are very few non-gaming laptops that can break 100fps even at the lowest quality settings.

Another interesting thing that Brant noted about the Hitman benchmarks was that there had to be something beyond GPU power limiting the performance since the M1 Pro and the M1 Max have “wildly different GPU capabilities,” yet still performed within a few frames per second of each other, regardless of the graphics quality settings.

This is most likely related to poor code optimization on the developer’s part since the Rise of the Tomb Raider showed a much more significant gap between the M1 Pro and the M1 Max. This much more demanding game still didn’t make the M1 Max break a sweat, where it was able to handle 140 fps at the low-quality preset, versus the Razer Blade’s RTX 3070, which led the pack at 167 fps. The M1 Pro, on the other hand, came in at only 111 fps.

However, when using the Very High graphics quality preset, the differences were much less significant. The M1 Max basically tied with the Razer Blade, clocking in at 116 fps versus 114 fps on the latter. This is where the M1 Pro showed the results of its fewer GPU cores, offering only 79 fps — still a respectable number, but one that makes the differences much more apparent.

The even more demanding Shadow of the Tomb Raider saw the M1 numbers drop below 100fps at the highest graphics presets, with the M1 Pro actually falling down to 47fps — well underneath the 60fps floor that most gamers consider the bare minimum of what’s acceptable.

The M1 Pro still delivered 77 fps using the low preset, while the M1 Max came in at 117fps, once again nearly tying the RTX 3070 equipped laptop, which offers 114fps. However, as with Rise of the Tomb Raider, the Razer Blade jumped ahead in the highest preset, with 101 fps versus 84 fps on the M1 Max.

What’s most significant about all this, however, is that none of these games have been in any way optimized for the M1 silicon. In fact, they’re all still x86 games, designed to run on Intel Macs, meaning that they’re running through the Rosetta 2 emulation layer, which creates additional overhead.

In other words, Apple’s M1 Max chip is beating out the highest-end Intel CPU/GPU gaming laptops with one hand still metaphorically tied behind its back.

This echoes what we saw last year from the gang at CodeWeavers, which took things even further with Apple’s original M1. The developers used their popular CrossOver app designed to run Windows apps on macOS. They found that games designed to run on Windows performed respectably well even on Apple’s original M1 chip, despite going through not one, but two layers of translation — from a 32-bit Windows Intel binary to a 64-bit macOS x86 binary using CrossOver, and then into the M1 ARM architecture with Apple’s Rosetta 2 layer.

The bottom line is that Apple’s M1 chips have so much power to spare that even translating and emulating different code architectures aren’t slowing it down. Additionally, suppose the M1 Max can hold its own against the higher-powered Intel-based GPUs. In that case, it’s staggering to think of what games may be capable of should developers actually compile them for the M1’s ARM architecture and optimize them to take advantage of its 16–32 GPU cores and massive amounts of unified video memory.