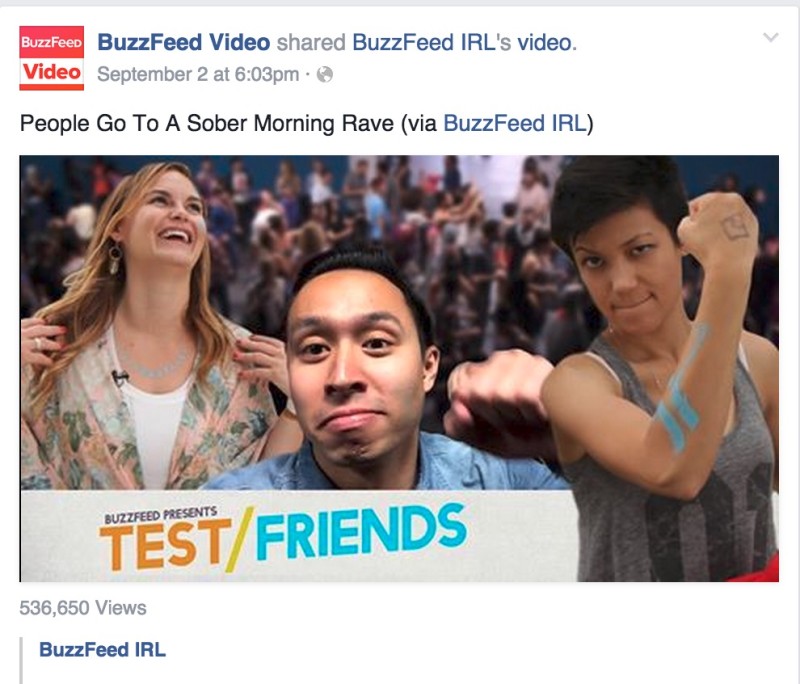 Many marketers who are looking to get started with video marketing will turn to YouTube—and for good reason: With 300 hours of videos uploaded to YouTube every minute, YouTube has huge potential for reaching a big audience.

With 4 billion video streams daily, Facebook has established itself as a force to be reckoned with when it comes to video.

Back in 2014 during its third-quarter earnings call, Mark Zuckerberg stated that he thought “going forward, a lot of the content that people share will be video. It’s just very compelling.”

His prediction seems to have come true. Facebook is showing signs of taking videos more and more seriously.

Now seems to be the perfect time to take a closer look at Facebook and how to use videos to engage more fans on the platform. 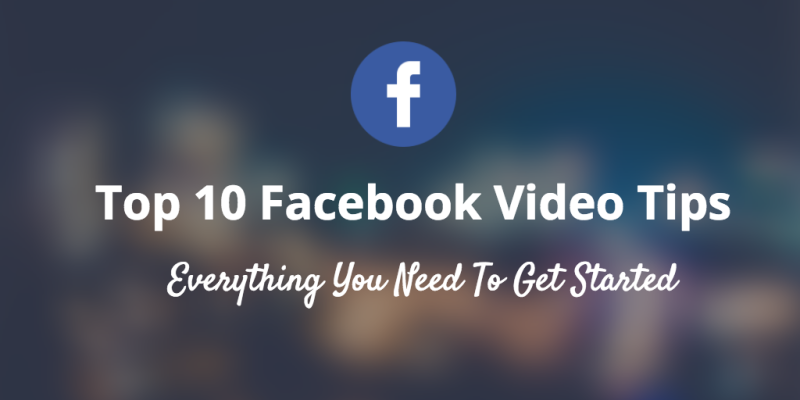 We are still in the process of gathering data on the performance of the videos. We have started tracking our stats in an excel sheet that I would love to share with you if you are interested in learning with us.

If you feel like video is something you would like to try for yourself on Facebook, here are 10 tips to help you create videos that captivate your audience.

(For even more tips, there’s some great stuff in Facebook’s best practices guide.)

1. Upload your videos natively (via Buffer!)

A video uploaded natively directly in Facebook is more likely to be seen by your audience than links shared to YouTube or other video services.

(“Natively” refers to videos that have been uploaded to a network directly and played straight in a feed or timeline, versus those that are uploaded elsewhere and shared as links, e.g. YouTube videos.)

Natively uploaded videos on Facebook are winning nearly an 80 percent share of all video interactions happening on the social media site.

Translation: Native Facebook videos are seeing more and more interactions than those from YouTube, Vimeo, and other sites.

Here’s how native videos grew over the course of last year: 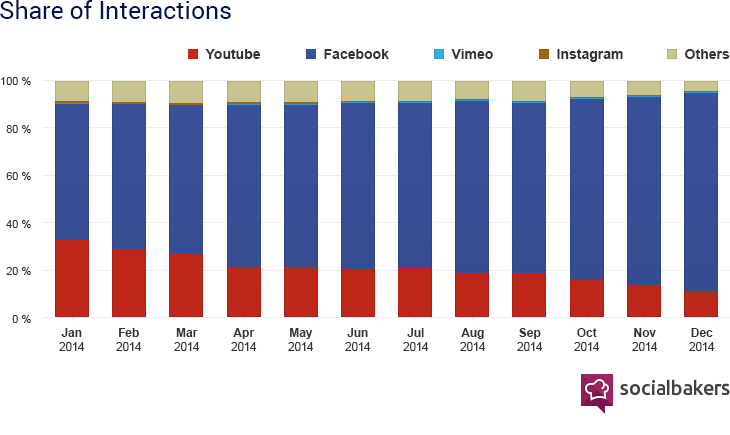 Buffer recently launched the ability to upload videos directly to your queue and post them natively on Facebook while still being able to take advantage of your optimal Buffer schedule!

Unlike other video platforms, videos on Facebook appear within the users’ feed—and, here’s the kicker—as they scroll through, the video will autoplay in order to captivate their attention and convince them to watch more.

As such, your video should have a powerful first few seconds that captivate even without sound.

Buzzfeed has become a master at this, as proven by their 6.8 billion video views on Facebook to date. Here’s how they’ve done it: 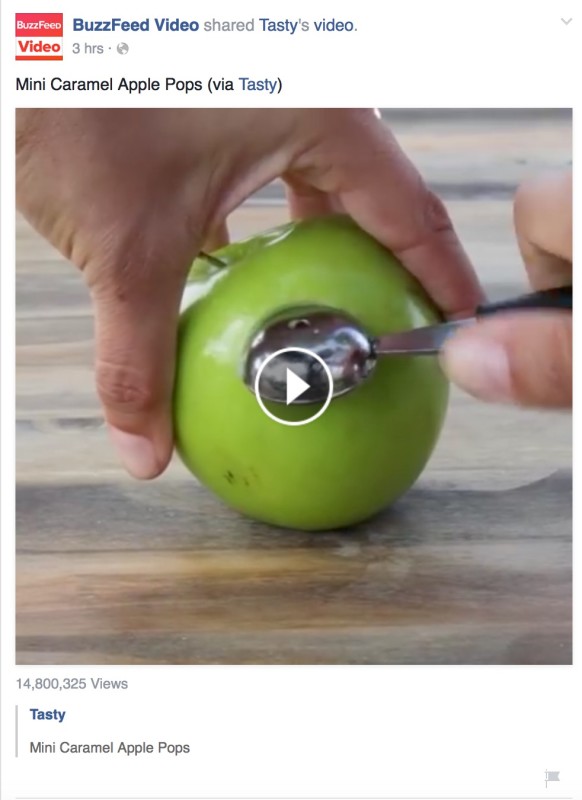 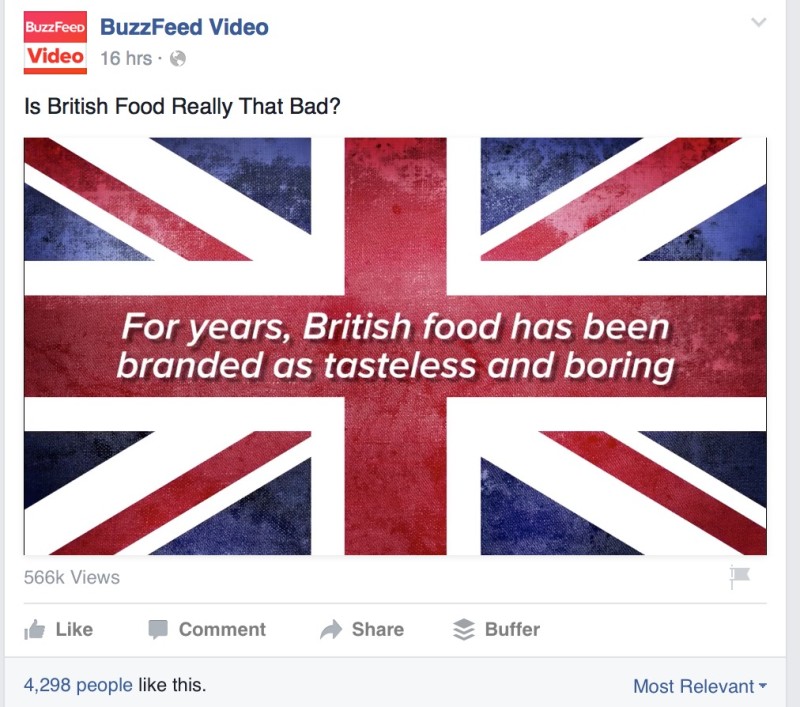 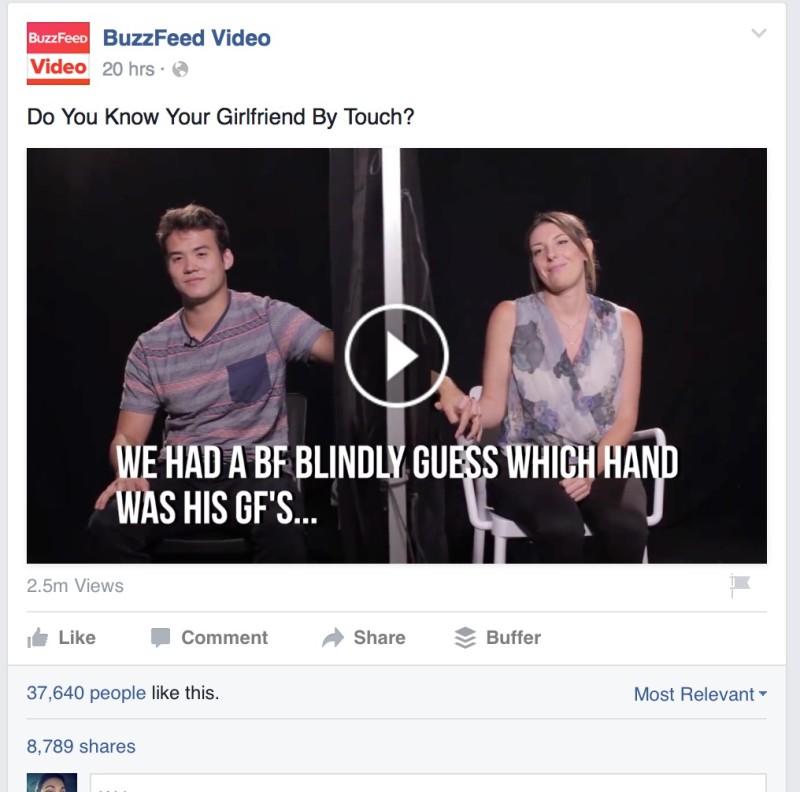 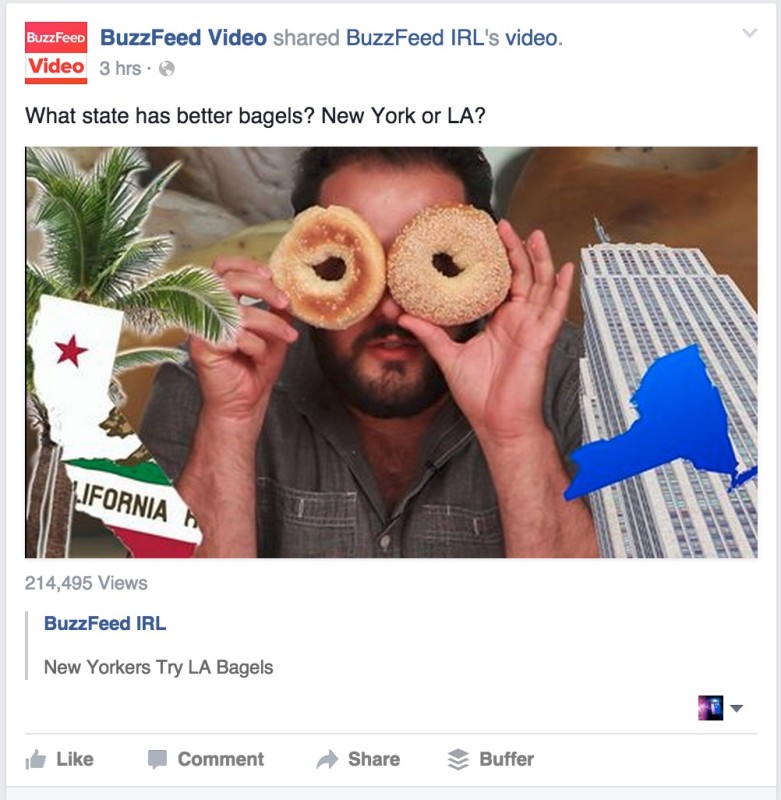 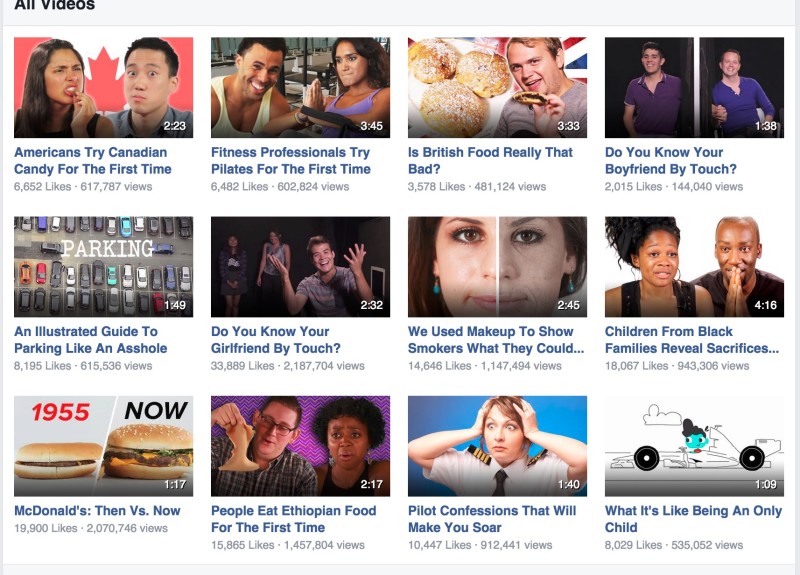 Facebook allows you to upload a custom thumbnail for the videos you have uploaded.

When you first upload a video, a new window pops up giving you the option to select a custom thumbnail for your video. 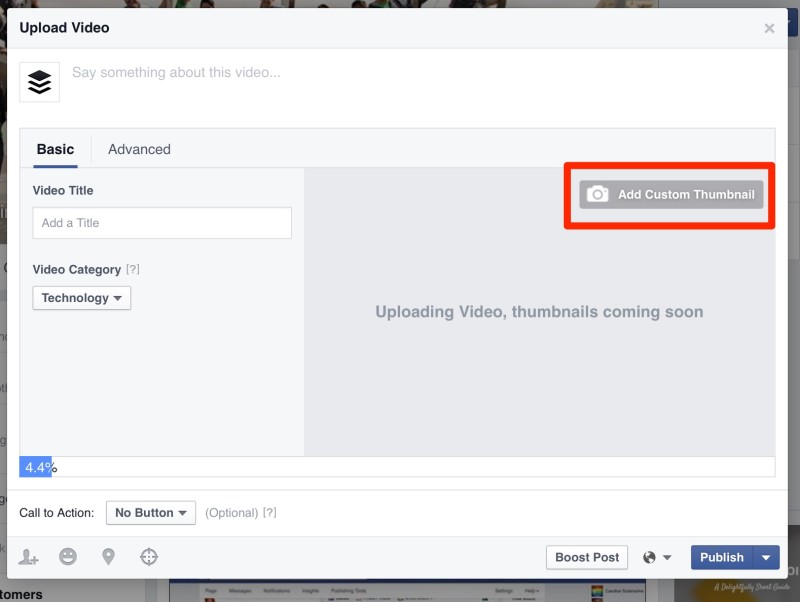 On the other hand, if you didn’t upload a custom thumbnail for the videos you have already uploaded on Facebook, you can simply go to “Edit your Video.”

And then click on the “Add Custom Thumbnail” button to select your file. 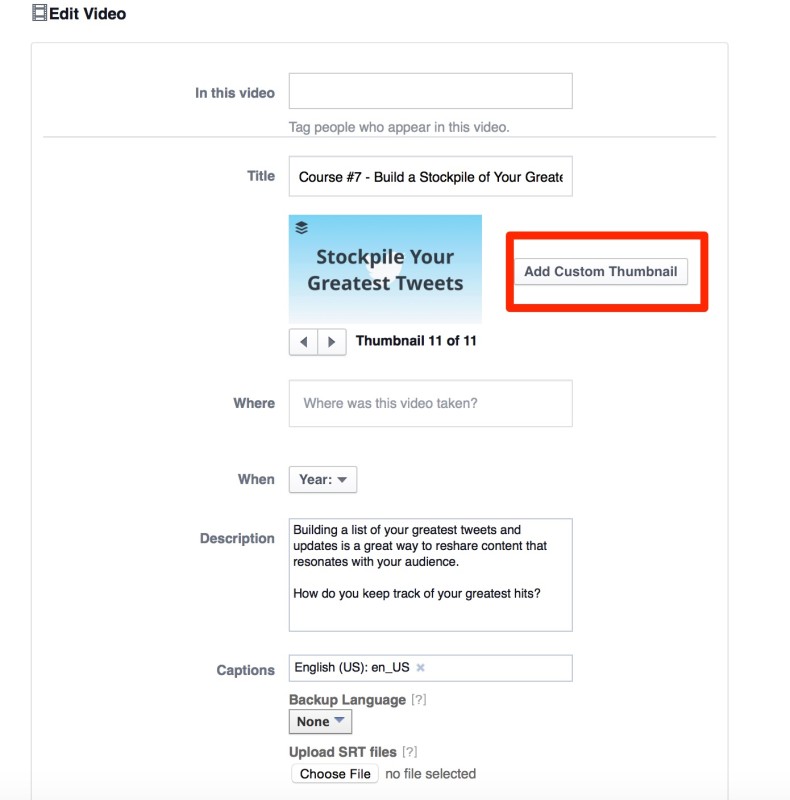 In order to create a sense of exclusivity for your audience, try to create content posted exclusively on Facebook. It will feel rewarding for your fans and might even encourage more people to follow so as not to miss anything. 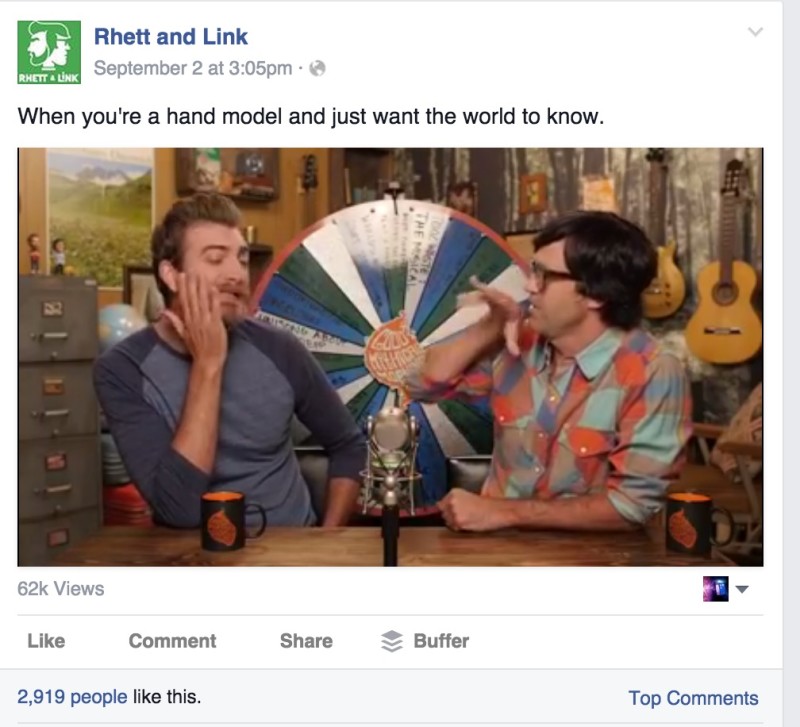 4. Create Videos That Are Shareable

As Buzzfeed’s executive vice president of video, Ze Frank, explained it so well at VidCon 2015:

So try to give them something that allows them to spark up a conversation with their loved ones.

Buzzsumo has conducted a great research of 100 million articles to figure out what makes content shareable. Amongst its findings, one of the most interesting includes this:

Invoke awe, laughter, or amusement. Appeal to people’s narcissistic side.

YouTube’s tips to create shareable content include asking yourself these 3 questions:

Providing a tease or information about the video can also help stop viewers as they scroll through their feed. Facebook recommends “pulling out a key quote or moment from the video as the text component of your post” in order to set up the expectations of what will be seen in the video.

Here are a couple examples: 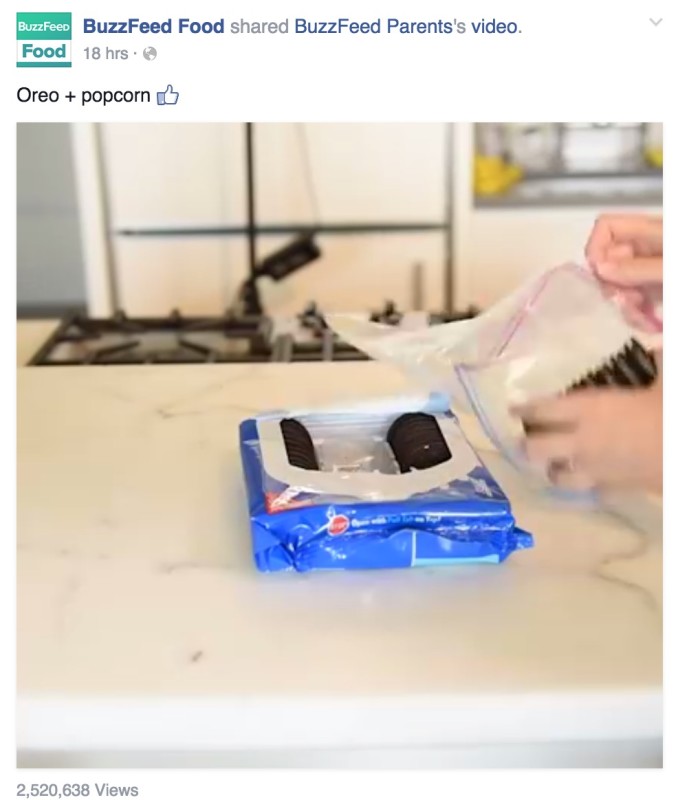