Posted on September 15, 2014August 26, 2017 by penndigitalPosted in Uncategorized 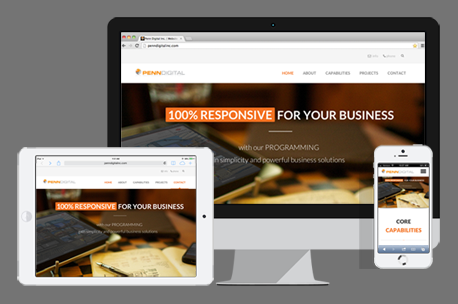 The holiday shopping season is more or less here, isn’t it? Many stores already are decorated for Christmas. Poor Halloween.

So, just in case retailers need any more evidence that it is absolutely crucial to be prepared this holiday season for consumers on mobile devices, who now dominate traffic and time spent with online retail, online and mobile marketing firmNetElixir Inc.studied 53 of its numerous retail clients, some with web sites optimized for mobile (either standalone m-commerce sites or responsive design sites) and some with web sites not optimized for mobile. The company, which specializes in search engine marketing, then studied 180 million shopping sessions on these sites in the second quarter of this year. The results are quite stark.

The results reflect the personal nature of the smartphone, says Don Rodriguez, analytics manager at NetElixir.

“The lack of friction on highly optimized mobile and responsive sites and the immediacy of mobile shopping both increase the conversion rate and the average order value,” Rodriguez says. “With mobile commerce, the gap between intent to purchase and actual purchase is very small. If I think of a book, I take out my smartphone and buy it now. But that period of time between intent and actual purchase greatly increases with PC shopping.”

The addition of new technologies like one-touch in-app checkout via Apple Pay will only minimize that gap and increase mobile conversion rates, Rodriguez adds.

“Retailers bid on the very same keywords for mobile that they do for desktop—the top 10% of these keywords drive 90% of search revenue on desktop but only 40-50% of search revenue on mobile,” says Udayan Bose, founder and CEO of NetElixir. “There is a huge opportunity in the long tail that retailers are not maximizing. Searching for anything is a different process on smartphones.”

For example, searchers on smartphones use a lot of acronyms and abbreviations, they type “3” instead of “three,” they are acting in many ways impulsively, Bose says.

“Google reports that 77% of search queries on smartphones and tablets occur in the home or in the office where consumers have ready access to a PC—so people are using their smartphones because they prefer them for convenience, or out of impulsiveness,” Bose says. “Retailers have to think about what and how consumers type in those moments. And at the same time, retailers need to know that, according to Google, a shopping-related search query is twice as likely to happen in a store than anywhere else, and that one out of every five mobile searches are product-related. The brick-and-mortar merchants that have done nothing with mobile search should really wake up.”