The Apple Car Is Now Officially an Artificial Intelligence Project

Posted on December 15, 2020December 20, 2020 by penndigitalPosted in Uncategorized 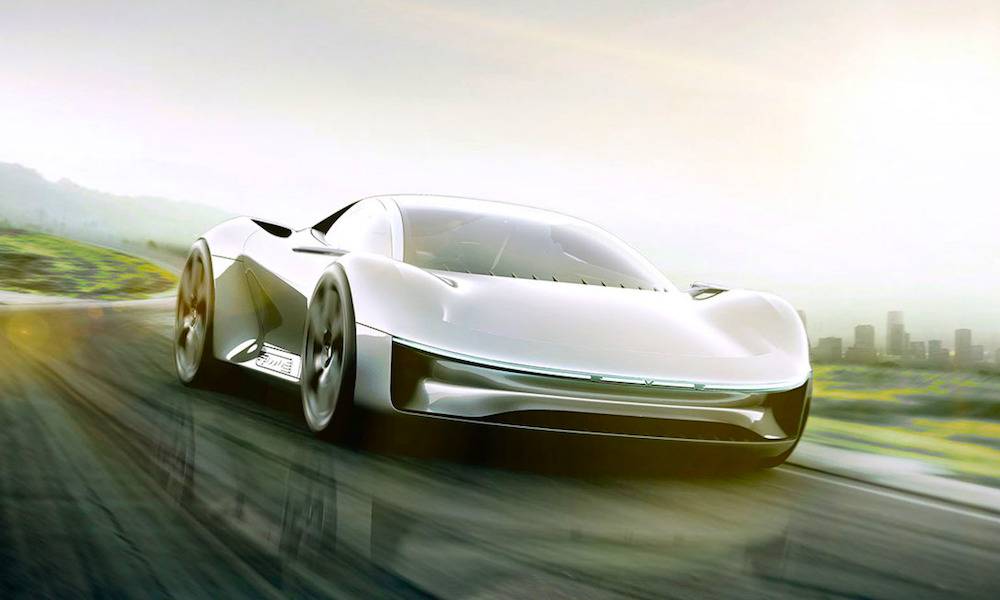 This fall has seen a fantastic array of new products from Apple, ranging from new Apple Watches and iPads to the 5G iPhone 12 lineup to the insanely powerful Apple Silicon MacBooks, and with all of this going on it may be easy to forget that Apple still has at least a couple of much farther-reaching projects that it’s quietly working on behind the scenes.

Chief among these of course is Project Titan, more colloquially known as the “Apple Car” — an ambitious project that’s been in the works for at least seven years now, and probably still won’t really see the light of day for another 3-5 years.

That doesn’t mean Apple isn’t still actively moving ahead, however, and now a new report from Bloomberg’s Mark Gurman sheds some more light on exactly what Apple is up to these days with Project Titan.

It’s probably no big surprise that the biggest challenge of developing a self-driving car is the “self-driving” part — the artificial intelligence and machine learning necessary to allow onboard computers to adapt to a whole variety of rapidly changing conditions.

While autonomous car technology is rapidly evolving in this area, we’re still a long way away from the point at which a car will be truly 100% autonomous and able to handle every possible scenario in which a human driver may find themselves.

That’s not going to stop Apple from trying, of course, and now it looks like it’s officially acknowledged that this is now the main thrust of Project Titan, shifting the entire operation under the authority of John Giannandrea, Apple’s Senior VP of Machine Learning and AI Strategy, who came over from a position as Google’s head of AI back in 2018 where he was considered to be the key architect behind everything from Google’s Search engine to emerging technologies like Google Assistant.

While Giannandrea has thus far been largely responsible for restructuring the Siri team to focus on more long-term research, it’s been fairly obvious from the beginning that the new division created specifically for the machine learning expert would likely weigh in heavily on the development of the Apple Car as well.

While the day-to-day operations of Project Titan are still run by Doug Field, who came back to Apple two years ago after a stint at Tesla, Field previously reported to the legendary Bob Mansfield, Apple’s former Senior VP of Technologies who came out of retirement in 2016 specifically to head up the secretive project.

In fact, as John Gruber of Daring Fireball notes, Mansfield is essentially the “Michael Corleone of Apple executives” as he’s retired and been pulled back in more times than most people can count, largely because he’s not only very good at what he does, but has been well-liked and well-respected within Apple for years.

This time, however, it seems Mansfield’s retirement is for good, with Bloomberg noting that he has now “fully retired from Apple,” which has led to Project Titan being shifted to the Giannandrea portfolio.

There’s a good chance, however, that the shift has much more to do with Apple’s priorities than merely the fact that Mansfield has decided it’s time for him to hang up his hat. At this point, it’s likely fair to say that all of the groundwork on hardware for Project Titan — things like LiDAR sensors, drivetrains, and core electronics and mechanical components — has basically been well-laid, and this was ultimately where Bob Mansfield’s expertise came in.

While that doesn’t mean Apple’s work in finished in those areas, it’s likely moved to the level of refining these technologies as opposed to reinventing them, and now the big challenge ultimately moves to the advanced software algorithms that will power the autonomous driving system, and that’s Giannandrea’s department, through and through.

As Apple CEO Tim Cook told Bloomberg back in 2017, an autonomous driving system is “the mother of all AI projects” and “probably one of the most difficult AI projects to work on.”

What’s Coming for the Apple Car?

While it’s still impossible to say with any certainty what Project Titan will ultimately become, since Apple has taken so many different turns over the past few years, most evidence still points to an actual first-party Apple branded vehicle.

In the very least, this seems to be what Apple is now aiming for, despite a few detours where the company considered partnering with other automakers or simply building an after-market self-driving kit — both things that the company considered in the months leading up to Mansfield taking the helm in order to give Project Titan new focus and direction.

More recently, however, Apple has hired engineers for which it would have absolutely no use unless it was actually building a real car.

For example, in early 2019 Apple brought on Dr. Michael Schwekutsch, Tesla’s former VP of engineering, whose exclusive responsibility with the rival car maker had been in designing and building electric power trains.

In fact, Schwekutsch had the reputation of being among the most experienced electric powertrain designers in the industry, and before joining Tesla he had designed electric and hybrid power trains for everything from the BMW i8 to the Porsche Spyder.

As amazing as Schwekutsch’s skills are, however, he has absolutely no other areas of expertise that Apple would find useful if it were just building an autonomous driving system for other car markers to employ.

So we have no doubt whatsoever that Project Titan is an attempt to build an actual vehicle, and if anybody has the proven track record and sufficiently deep pockets to pull this off, it’s Apple, which despite its lack of background in the automotive industry seems to have no trouble at all attracting top-tier talent that will put it over the top.