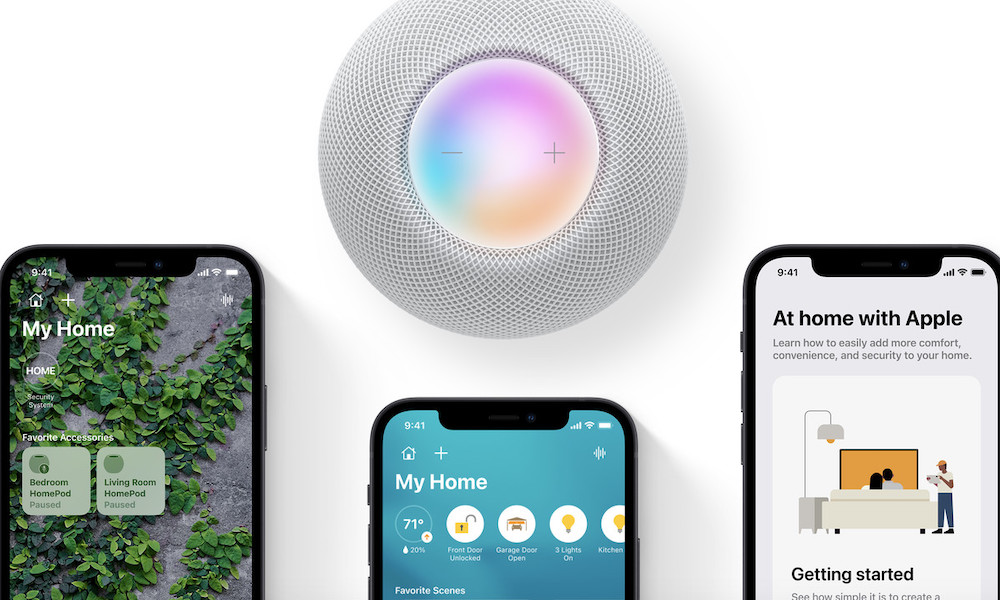 he dozens of new smart home product announcements coming out of CES 2022 this week all seem to have one thing in common: support for the new Thread wireless standard. With such widespread support appearing, 2022 is shaping up to be the year that the new standard finally makes it into the mainstream.

Yesterday we shared news of Schlage’s first Thread-enabled lock, which also includes support for Apple’s Home Key, but that’s just the tip of the iceberg. Belkin has announced a new Wemo Smart Video Doorbell designed exclusively for HomeKit, along with support for Thread and the new Matter cross-platform home automation standard for its most popular accessories, including the Smart Plug, Smart Light Switch, and Smart Dimmer.

Meanwhile, smart lighting panel maker Nanoleaf has announced that it’s preparing a firmware update that will add Thread border router support for HomeKit, making them the first non-Apple devices to include this capability.

Eve (formerly Elgato) has also revealed a new outdoor security camera, smart window shades, both of which include Thread support, which has been available in its room sensors since last summer. Aqara has also announced its plans to bring Thread support to all of its HomeKit-compatible sensors. 6 Apps Everyone Should Absolutely Have On Their iPhone The App Store has become completely oversaturated with all the same, repetitive junk. Cut out the clutter: these are the only 6 iPhone apps you’ll ever need…

Until recently, HomeKit devices are limited to operating over Ethernet, Wi-Fi, or Bluetooth. These work fine in their own ways, but they also had some serious limitations that Thread is designed to overcome.

Wi-Fi devices require a fair bit of power, making them impractical for things that will need to run on batteries, such as door locks and sensors. While this isn’t a huge problem for devices that require external power anyway, like light switches and garage door openers, having so many devices can still create congestion on your home Wi-Fi network, taking up bandwidth that could otherwise be used for more important things like gaming and streaming.

Bluetooth solves both of those problems but comes with a few of its own. For one thing, its relatively short range can create difficulties in larger homes, and the latency it adds detracts from a seamless home automation experience. There’s a noticeable lag when controlling Bluetooth HomeKit devices, especially with lights.

Wiring up all of your smart home devices over Ethernet is obviously impractical, but all of these limitations are why some smart home accessories have resorted to using bridges that drive other wireless protocols. Philips Hue uses a wired bridge that connects light bulbs and other devices via ZigBee, while Lutron’s Caséta system operates over its proprietary ClearConnect RF protocol — which is probably why it’s also one of the most reliable lighting systems we’ve had the pleasure of using.

Thread, however, promises to solve all of these problems by bringing an open standard to the table that operates at the power levels of Bluetooth but with the low latency and expanded range of Wi-Fi.

The secret to Thread’s greatness is that it’s designed to operate entirely as a mesh network, so it doesn’t require any central hubs like the older ZigBee and Z-Wave protocols do. Instead, every Thread device can communicate directly with every other Thread device. This provides extensive range at much lower power levels.

Instead of a Wi-Fi signal that needs enough power to get back to your main router, a Thread device only needs to link up with its nearest neighbour, which in turn connects to its next neighbouring devices, and so on, keeping everything linked up.

In a typical smart home configuration made up of Thread devices, it’s unlikely that you’ll ever have range problems, since Thread-based light switches, plugs, outlets, and bulbs will be scattered throughout your home. Of course, for that to be practical, the majority of your devices need to support Thread, and that’s why it’s exciting news that so many manufacturers are starting to embrace the new technology.

Apple has actually been ahead of the curve on this one, too. HomeKit is one of the earliest smart home systems to natively support Thread, and Apple added Thread support to the HomePod mini in late 2020, and brought it to the new Apple TV 4K last spring — even before there were any mainstream smart home devices supporting it.

Both the 2021 Apple TV 4K and the HomePod mini can already act as Thread Border Routers, and Nanoleaf will soon be joining the part. These devices act as gateways to connect all your Thread devices to your Wi-Fi network.

So, in a sense, Thread still needs a “hub” of sorts to unify it with the rest of your HomeKit network, but multiple devices can perform this task, and Thread devices still don’t need to connect directly to the Border Router like they would a traditional hub.

Of course, this also shouldn’t be confused with an Apple Home Hub, which is an Apple TV, HomePod, or iPad that acts as a control centre for your entire HomeKit system. This actually functions more like a server than a hub, since it has nothing to do with making connections to individual HomeKit devices — it simply runs automation routines and passes the commands onto whatever communication protocol is being used, whether that’s Ethernet, Wi-Fi, Bluetooth, or Thread.

The Problems with Thread

Unfortunately, as great as Thread is, there’s some bad news for those who have already built up large HomeKit systems. Thread requires specific hardware, so it’s not going to be available as a firmware upgrade for any devices that don’t already support it. Additional capabilities can be added to devices that already have the Thread hardware, like Nanoleaf is doing by turning its lighting panels into Thread Border Routers, but you won’t be able to add Thread to an accessory that doesn’t already have it.

The upside, however, is that you don’t need to rush out and replace every one of your devices. A Thread-based network can peacefully coexist with older Wi-Fi and Bluetooth devices. This means that there’s no need to swap out your current accessories unless you’re having specific problems with some devices that Thread can solve, such as poor reliability or lag.

It’s also worth keeping in mind that Thread isn’t suitable for high-bandwidth devices like security cameras, so you’ll need to stick to Wi-Fi or wired Ethernet connections for those.