What About Wireless Charging 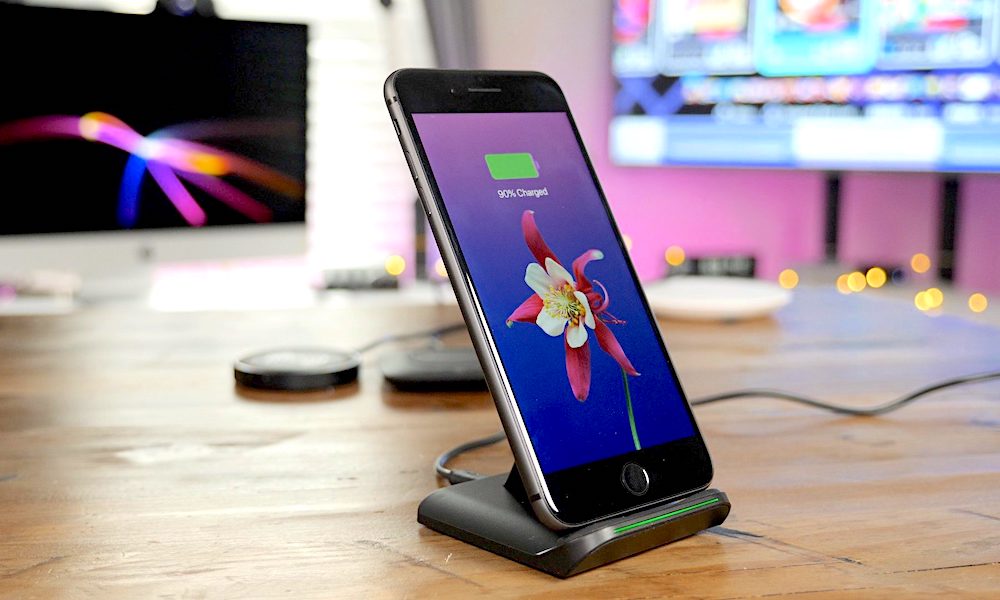 As wireless charging continues to grow more common, you may be wondering what the fuss is all about, and if it’s worth getting a wireless charger for your iPhone.

Yes, today’s iPhones can charge wirelessly, and they’ll work with a number of different chargers that you can leave on your desk or near your bedside. Wireless chargers are great because they eliminate the need to worry about plugging in traditional cables (or fiddling with them in the dark before bed). They also reduce clutter and are much more pleasant to look at.

But to learn more, we’re going through a quick rundown of what you should know before you pick out a charger. Continue reading to learn everything you need to know about wireless charging.

You Need an iPhone 8 or Newer

Also keep in mind that software also plays an important role in regulating how your iPhone charges. If you have a compatible iPhone, make sure that your iOS is updated to the most recent version as well. The latest iOS versions support wireless charging up to 7.5 watts. This isn’t as high as some other smartphone brands, but plenty of power to safely and quickly charge your iPhone.

Look for the Qi standard

Apple has made iPhones compatible with the Qi charging standard. This is not surprising: Qi is by far the most popular standard for wireless smartphone chargers, and you can find countless models that use Qi.

However, it’s important you double check to make sure, on the chance you’re looking at one of the few chargers that uses a more proprietary system.

Some time ago, Apple teased its own wireless charging pad called AirPower. This is the part where Apple fans say, “Oh, well that’s the charger I want, then.” There’s only one problem – AirPower still doesn’t exist.

In fact, it’s been well more than a year since Apple has even mentioned the AirPower, and many rumors have surfaced about delays and other issues. There’s a chance that it may yet be released in 2019. There’s also a chance that the project is dead in the water.

The latest reports make it seem like a more complex smart device than a simple charging pad, which could be why Apple is taking so long to develop it. However, the bottom line is if you want a wireless charger, it’s not really worth waiting for AirPower. Just look for a reputable Qi charger that’s already on the market.

Wireless Charging Is More Affordable Than You Might Expect

Wireless charging may sound like an expensive upgrade, but in recent years prices have fallen greatly, making them available to a wide range of budgets. This Anker PowerWave and Quick Charge 3.0 adapter combo only costs about $30.

The combination of a traditional Apple Lightning cable and power adapter, by comparison, actually costs more ($38).

You can even consider fancier options like this dual iPhone/Apple Watch charging stand from Bestand, which you can get for $40. When it comes to wireless charging, affordability really isn’t much of a concern anymore.

As Apple warns, if your iPhone is connected to a USB connection, it cannot wirelessly charge. Instead, it will automatically charge using the cable connection, and the wireless charger will not be able to connect.

This may be an issue if your iPhone is connected to your MacBook or a battery pack, and you want to save the battery charge in those devices by using wireless charging instead. Just note that you can only charge your iPhone using one method (or the other) at any given time.

Wireless chargers work through magnetic induction, which helps connect your iPhone with a weak magnetic pull while also initiating the charging current.

You can tell when the wireless charger is working by keeping on eye on your battery symbol or watching the lock screen and making sure that its charging indicators are on.

The good news is that this magnetic induction can also work through iPhone cases, so you probably don’t need to worry about compatibility.