Posted on November 15, 2019 by penndigitalPosted in apple 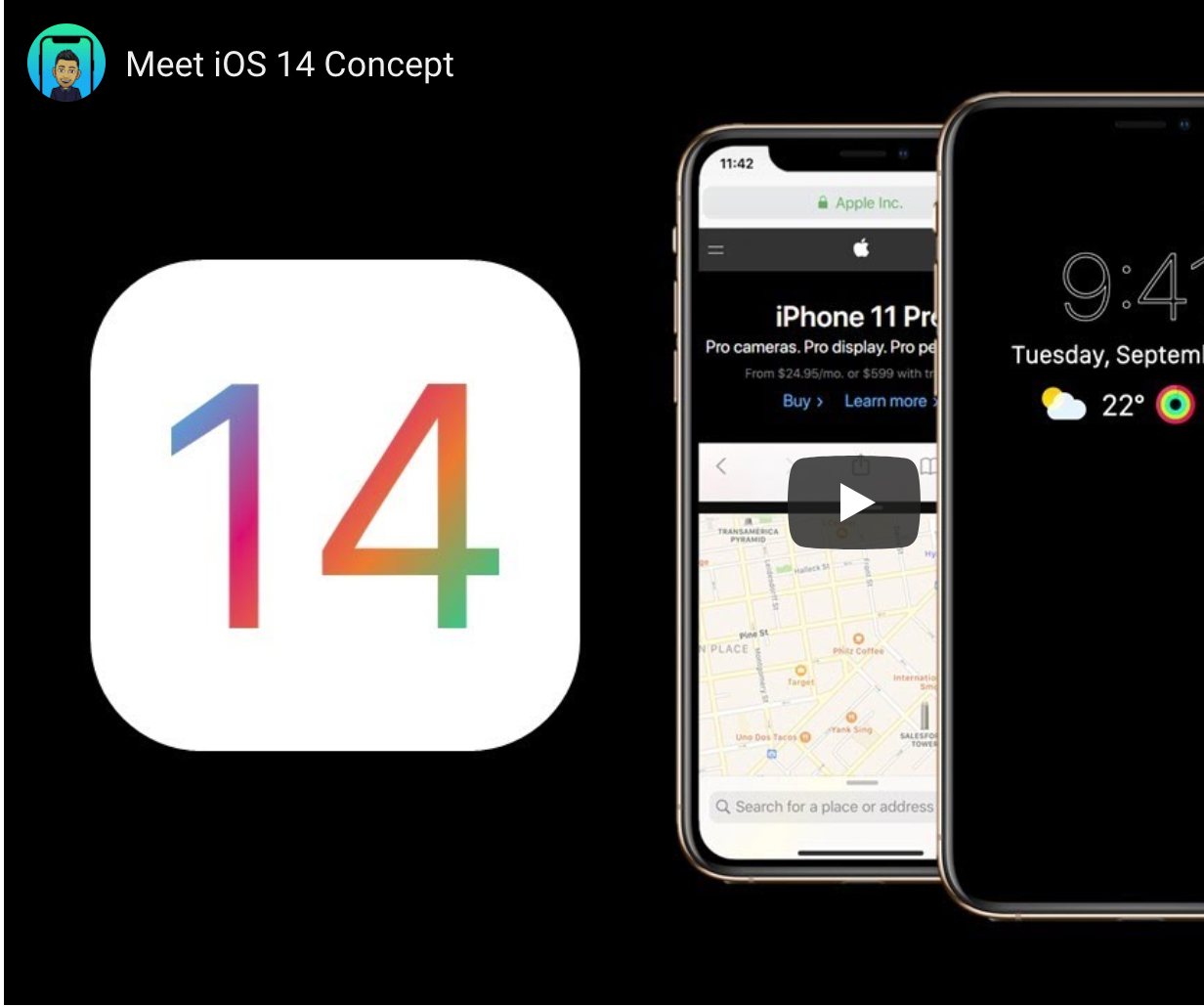 But Apple isn’t done improving its mobile operating system. And while we don’t know what iOS 14 will look like, YouTube channel The Hacker 34 has created a video concept that shows off a slew of possible exciting new features.

The video, which you can view below, visualizes some of the most highly requested features that Apple could make to its iOS platform.

That includes, most notably, a redesigned call screen UI that doesn’t take up the entire screen. It’s similar to what one might find on more recent versions of Android — and there’s no doubt that it’ll make for much less distracting calls.

The Hacker 34 also shows off what Split View and drag-and-drop would look like on an iPhone. While those are current iPadOS features, they could fit in very well on some of Apple’s larger devices.

Speaking of iPadOS, the video also shows off multi-user support for iOS — letting multiple Apple ID accounts maintain separate profiles on a single device. While that may not make much sense for an iPhone, it’s long been a requested feature for iPad.

Finally, there are some other interesting ideas in the video, too.

A new always-on display feature could theoretically show off time, date and other complication data on the Lock screen. The Hacker 34 also created a slew of new app icons and included a new keyboard that natively supports GIFs.

There’s also a small peek at a completely overhauled and customizable Home screen, which lets users break out of the “app grid” that has been a part of iOS since the beginning.

How Likely Is This?

The video is undoubtedly a fun view, but how likely are some of the features included in it?

At this point, that’s not clear. Unlike next year’s iPhone lineup, there have been very few rumors about Apple’s 2020 iOS updates. It’s pretty much all wish lists and hopeful predictions as of the writing of this article.

With that being said, there are some features in the clip which may be more likely than others. And iOS 13 proves that there’s a precedent for Apple to include crowd-pleasing features in its iOS releases.

Drag-and-drop and Split View for iOS seems like a no-brainer, as does some type of redesigned Home screen similar to what’s available on iPadOS. An always-on display mode would make sense and allow the iPhone to mimic an Apple Watch in some respects.

Since Apple tweaked the volume HUD in iOS 13, there’s also a good chance that it’s hearing feedback about the call HUD, too. A change to that UI, and perhaps the Siri UI, would be long overdue.