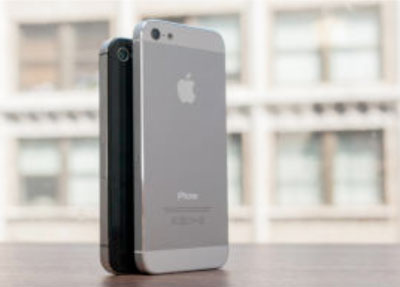 Size matters to some smartphone consumers. While Apple may have already sold millions of iPhone 5 smartphones since its launch in September, not every iPhone fan is thrilled with the new design of the device. And some say the iPhone 5 falls short of expectations, especially in the size department. You must decide if it’s worth the hassle of switching from Apple iOS to Google Android for a bigger smartphone. And I provide some insight into which Samsung Android phone is right for you. Also why the iPhone 4S from Virgin Mobile can’t be unlocked or even used internationally.

When it comes to big phones, Google Android is your best option. And the biggest of them all is the Galaxy Note 2. While Apple has made the iPhone 5 taller, it is nowhere near the size of some of these “big” android phones on the market today. So if screen size is your main criteria, then by all means go with an Android device.

The iPhone 5 is slightly taller than the iPhone 4S, the previous generation of the iPhone. There are perils of switching from the iPhone to an Android phone, but there are apps and other ways to make this transition easier. And in theory we should be able to move most, if not all, of the contacts, music and pictures from the iPhone and iTunes account to the new Samsung smartphone. Samsung offers some suggestions for making this transition.

Music:
To load your music from iTunes onto a Samsung Android phone you have a few options. Samsung says if you’re using a PC it’s as easy as creating a new “Music” file for your Galaxy smartphone and dragging and dropping your music into this file. (Since you have a Mac, you’d have to download the Android File Transfer software from android.com/filetransfer.)

The other option is to create a Google Music account. That way you can load all your music to the cloud and play it on any Android device you own. But uploading music to Google Music can take a while. I have about 7GB of music and it took me all day to upload all the music to Google Music. But once the music is there, you’ll have lots of flexibility moving the music around to different devices you want to use in the future. But it requires an Internet connection to access your music.

The final option is to use syncing software like DoubleTwist. You should be able to download a free version of DoubleTwist that will let you transfer your music via USB cable. The company makes you pay $10 for an app that will allow you to sync your music from iTunes to your Samsung device over Wi-Fi.

Photos:
There are also ways to sync your pictures from your iPhone to the Samsung devices. The first thing you’ll have to do is transfer your photos from your old phone to your computer. And then you should be able to transfer those photos to your new phone.

While there are ways to transfer all this information from one device ecosystem to another, I’m not going to lie to you and tell you it’s a piece of cake. I have made this transition myself when I moved from an iPhone 3GS to a Samsung Galaxy S3, and even though I had a little cheat sheet from Samsung to walk me through the steps, I still fumbled a bit. For example, the free DoubleTwist software that would have allowed me to sync my iTunes music via a USB cable wasn’t working on my four-year-old Macbook, so I had to pay for the app that works over Wi-Fi. 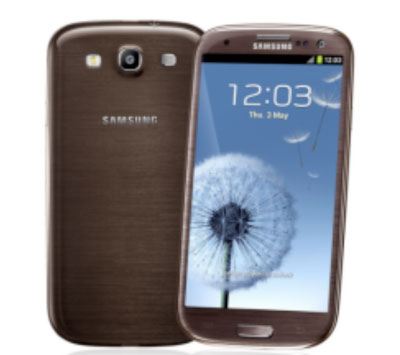 Samsung’s Galaxy S3. And even though I got it to work, it took some time. If you aren’t afraid of putting in a little effort to make the switch from the Apple ecosystem to Google Android world, then go for it.

So which Samsung smartphone should you get?

The Galaxy Note 2 and Galaxy S3 are very similar. In fact, the Samsung Galaxy Note 2, with its 5.5 inch screen, looks like it’s just the bigger version of the 4.8 inch Galaxy S3. And indeed some of the features are similar, such as the 8 megapixel camera and 4G LTE support. But don’t let the looks fool you. There are some real differences in the hardware and software. The Galaxy Note 2 is a newer device, and as such it has a more powerful processor.

What does this mean for you? Based on specs and making sure you have the latest and greatest technology, the Galaxy Note 2 has a smidgen more to offer you. So based on specs alone, I’d say buy the Galaxy Note 2. But it’s a big device. And the size does not appeal to every consumer.
If you are already leaning toward the Galaxy Note 2 based on reviews and other things you’ve read, and you are satisfied with the size, then I say go for it. I think you will be very happy with your decision. Good luck! 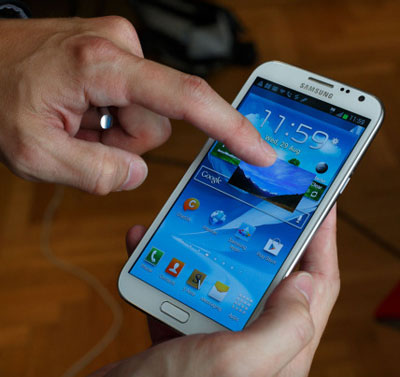