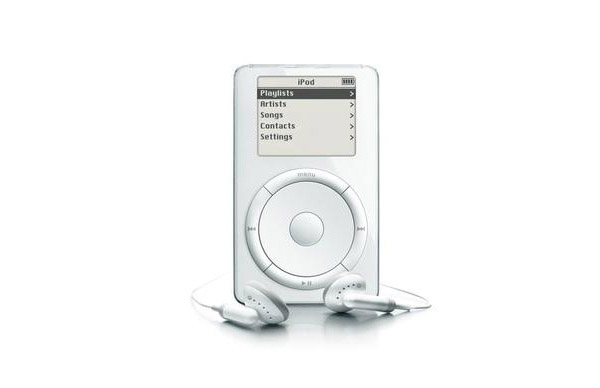 They were at the forefront of the digital revolution when they launched over a decade ago, but UK sales of iPods and other MP3 players slumped by more than fifth in 2012 as consumers turned to smartphones as their gadget of choice. According to analysis by Mintel, the research company, sales of MP3 players fell by almost £110 million – or 22 per cent – to £381 million this year compared to 2011.

Mintel predicts that sales will halve again by 2017. In its “worst case” scenario, the group forecasts that sales of MP3 players could drop to just £25 million within five years.

MP3 players – or Portable Media Players (PMP) as they are also known – are rechargeable pocket-sized devices that play digital music and videos. However they have been usurped by smartphones, which carry out the same functions but also allow users to make telephone calls and connect to the internet.

When Apple launched its iPod in 2001 it changed the way that people listened to music. Using its own ‘digital jukebox’ software, the device – which was the same size and weight as a packet of playing cards – could hold 1,000 songs in compressed digital files.

Prior to the iPod, music fans had to rely on cumbersome portable CD players, short-lived mini-disc players or even cassette players like the Sony Walkman to listen to music on the move.

Within a year of the iPod launching Apple released a version capable of carrying 4,000 songs. By the autumn of 2010, around 275 million iPods had been sold around the world.

However the rise of smartphones – like the Apple iPhone or the Samsung Galaxy – has halted this growth. Ofcom, the regulator, recently found that two-fifths of UK adults now own a smartphone.

Samuel Gee, a technology analyst at Mintel, said that the decline in MP3 sales is “unlikely to reverse”. “It is impossible to talk about the current PMP market without extensive reference to smartphones. The devices have directly contributed to the sharp decline in the value of PMP sales,” said Mr Gee.

He said that MP3 players are being “steadily outshone” by increasingly affordable new technologies, like smartphones.

Ian Fogg, a technology analyst at IHS, the research company, said smartphones are becoming as ubiquitous as iPods once were.

Mr Fogg said: “The convenience of a smartphone is greater than an MP3 player because it is always with someone. It also provides more choice of mobile music because someone can play back their own music – as they can on a MP3 player – but they can also access other music services like Last FM or Spotify. Therefore there is a greater choice of music available.”

As well as disrupting sales of MP3 players, smartphones have led to a decline in sales of compact cameras due to the phones’ own in-built camera function.

Figures released in October showed that there are more than one billion smartphones in use around the world. Strategy Analytics, a consulting firm, said that growing demand for the devices is likely to push the number to over two billion within the next three years.

Apple recently said that it had sold 5.3 million iPods globally in its most recent financial quarter, a fall of 19 per cent compared to the same period the previous year