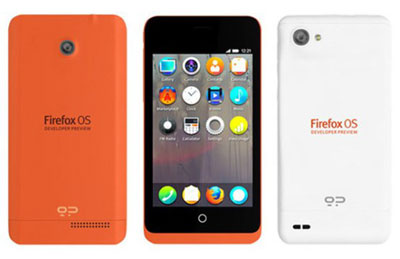 With most smartphone makers endlessly obsessed with high-end devices sporting bigger and better specs, Mozilla’s has focused on low-end devices with Firefox OS.

Today the browser maker unveiled two developer preview phones for Firefox OS that it’s offering in partnership with the Spanish startup Geeksphone, which is building the phones, and Telefonica.

True to its low-end focus, Mozilla is placing the spotlight mostly on the less-powerful Keon (above). It features a small 3.5-inch screen, a 1 gigahertz processor, 4 gigabytes of storage, and 512 megabytes of RAM. With those specs, the Keon would barely even cut it as a cheap Android phone in the U.S. today. But in Brazil, where Mozilla is debuting Firefox OS phones later this year, it’s representative of devices that many consumers will actually be able to afford.

On the slightly more powerful end, Geeksphone is also working on a developer preview phone called Peak (comparison below). It sports a 4.3-inch screen, 1.2 gigahertz dual-core Snapdragon S4 processor, and a much better camera than the Keon. 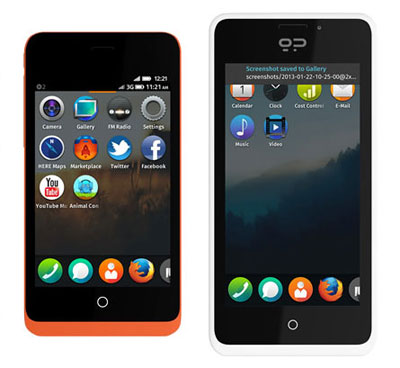 These aren’t phones meant to take on the iPhone — instead, they’re aiming to get developers comfortable with Firefox OS and its complete reliance on open web standards, which is Mozilla’s big selling point for the platform. Apps for Firefox OS are built entirely in HTML 5, but will have the same sort of functionality as native apps on iOS and Android. That means the apps will be easy to build, even for amateur
developers.

“Developer preview phones will help make the mobile web more accessible to more people,” said Stormy Peters, director of developer engagement at Mozilla, in a blog post today. “Developers are critical to the web and to Mozilla’s mission to make the web accessible to everyone. Hundreds of millions of people worldwide use
Firefox OS to discover, experience and connect to the Web. A world wide web based on open standards and open technologies. We couldn’t have done this without web developers.”

Sorry, no Tweets were found.