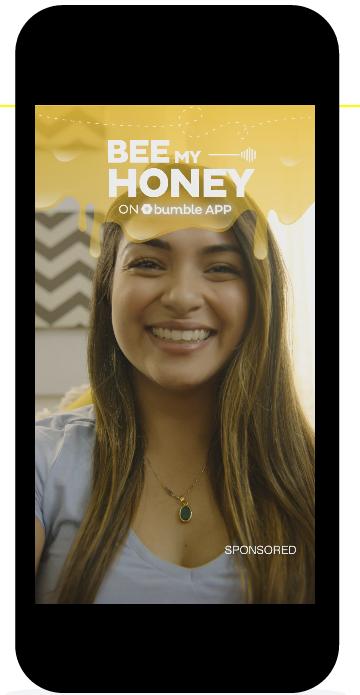 Despite Snapchat’s huge rise in both popularity and usage, one of the biggest criticisms of the platform has been that it’s yet to come up with a way to generate significant revenue. Sure, kids might like sending disappearing pictures to each other, but given that snaps take up the whole screen, any insertion of ads is no doubt going to impact on the user experience – and Snapchat’s largely Millennial audience are notoriously resistant to any such marketing messaging.

But today, Snapchat has unveiled the first major steps in their wider monetization plans, with the announcement of a new range of advertising options.

Those new offerings include:

Snapchat will now put ads in between some stories when they auto-advance. Auto-advance was added as a side note to the recent re-vamp of Snapchat’s messaging section – it means that whenever you watch a story from one of the users you follow, it automatically shows you the next story in your list upon completion, rather than you having to click on each story independently.

The addition of auto-advance stories has no doubt given the platform a boost – the total amount of videos views on Snapchat jumped from 8 billion in February to 10 billion in April, a month after the change, so they’re obviously on the right track. Snapchat’s also taking a cautious approach on this, noting that ads won’t be shown in between every story, but you can bet the plan will be to start off slow and get users accustomed to the intrusion, then ramp them up over time.

Snapchat’s also adding a new option which will enable users to swipe up on a Snapchat ad to install a promoted app, watch a long-form video or visit a website.

The offering extends the capacity for advertisers to generate direction action from the platform and works within the existing functionality of the app – which will no doubt garner more positive response from Snapchat’s audience.

In an effort to ensure these new ad options are not overly intrusive, Snapchat will also be reviewing every ad for quality before it’s approved.

In addition to these new tools, Snapchat has also released its ads API and announced its first ad partners, which are now listed on a new directory. 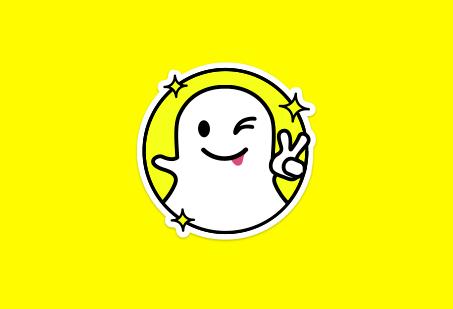 Snapchat’s also working to enable better tracking and measurement capabilities, partnering with Moat, Nielsen mobile Digital Ad Ratings, and Google DoubleClick to build better data systems, again, helping to alleviate concerns about the ephemeral nature of the app and highlight the value of their ad offerings. While Snapchat now has more than 150 million daily active users, the way in which Snaps are viewed (and the way that Snapchat has traditionally measured video views) has some advertisers concerned about actual viewer rates. These partnerships seeks to offer additional reassurance and better connect ad spend to outcomes.

In addition to these new tools, Snapchat’s also making significant advances in their unique ad offerings, which TechCrunch calls “Sponsored Creation Tools”. These marketing options – which include sponsored Lenses and Geofilters – work with audience behaviors and give brands a new way to reach them, by providing fun, interactive options that Snapchat’s users actually want to use.

For example, Snapchat’s recent Taco Bell Lens became the most viewed in the app’s history, being used more than 224 million times over a 24 hour period. Gatorade also saw significant success with their Lens campaign for the Super Bowl. 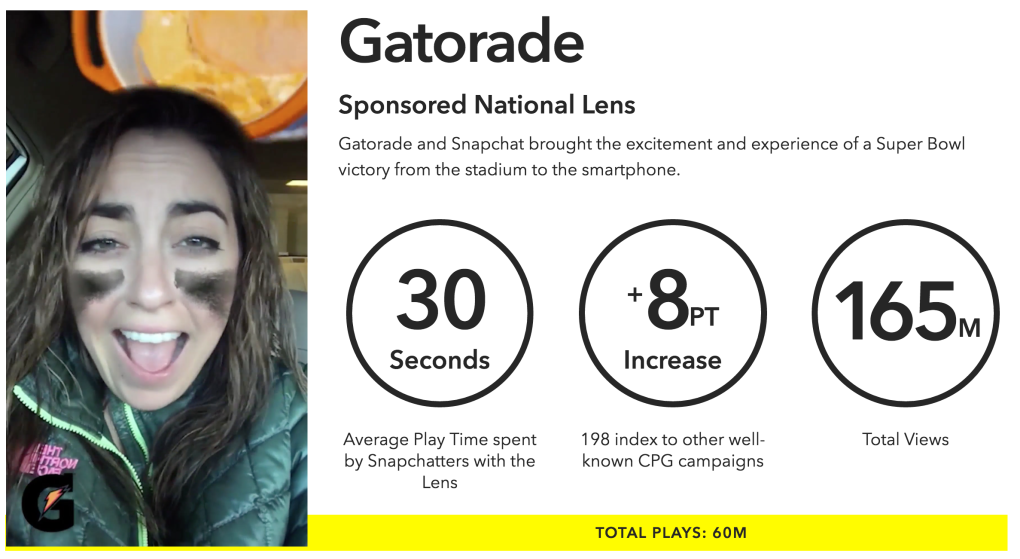 These ads work because they’re creative and align with how people are already using the platform, and are therefore less intrusive. They also effectively inspire Snapchat users to help spread your brand message – once they use the lens or filter, they send it on to friends. TechCrunch suggests that this could be a perfect opportunity for brands to add in aligned content:

“Watch a friend play with the new Iron Man Sponsored Lens, and then you might see an ad where you can swipe up to buy tickets to the movie.”

According to Snapchat, Lenses are used in more than 10 million Snaps per day, with users engaging with sponsored lenses for, on average, 20 seconds. In terms of sponsored geo-filters, a single national sponsored geo-filter in the US “typically reaches 40% to 60% of daily Snapchatters”.

As we reported recently, Snapchat’s currently valued at around $20 billion, which is massive for a company that has yet to report a profit. And while there’s a still a lot to play out in determining whether that valuation is accurate, updates like these definitely show that Snapchat has significant potential as an ad platform, more so, maybe, than many realize. Through the use of user-oriented options like sponsored lenses and geofilters, and the incorporation of strategic ad partners, Snapchat is on track to become a much bigger player in the social ad space. And with more daily active users than Twitter, Pinterest and LinkedIn, it’s also on track to become a more significant platform in social media more widely. If the app can adjust and evolve its offerings – both in terms of ads and content more generally – it’ll be well-placed to capitalize on its potential and meet those lofty market projections.