Looking back: 5 Things About the First iPhone

Posted on January 16, 2020 by penndigitalPosted in Tech Hardware 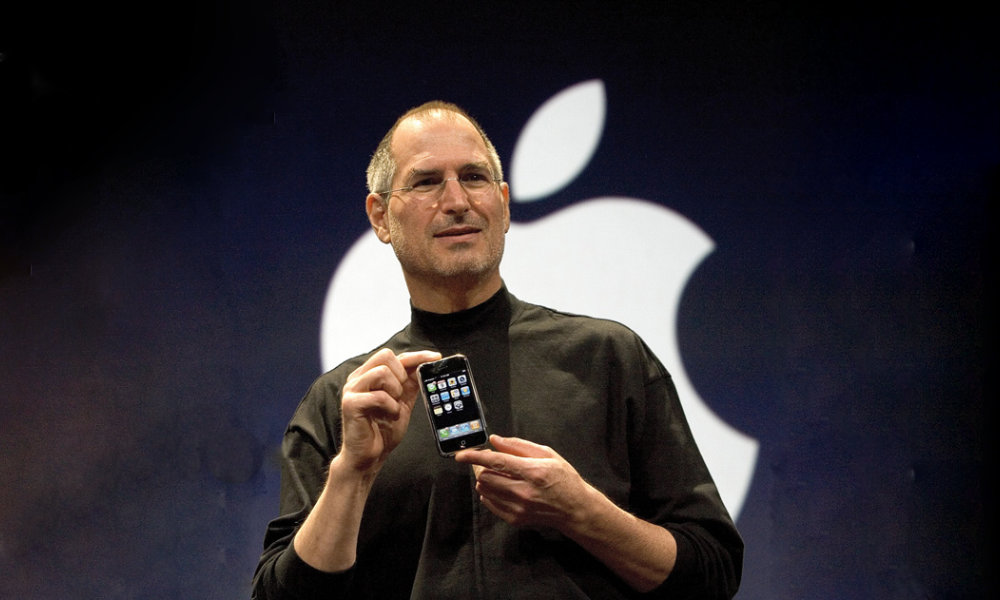 The iPhone was one of the first phones to feature a standard-sized 3.5mm jack that could theoretically be used with any headphones, but since it also supported a microphone for hands-free calls, it seems that Apple wanted to make sure users didn’t run into compatibility problems.

As a result, it recessed the headphone jack on the first iPhone in such a way that only Apple’s own included earbuds could be plugged in. Most other headphones didn’t have a thin enough end, and as a result there quickly became a wealth of third-party adapters that existed for no other purpose than to extend the standard 3.5mm headphone connection to make it fit into the iPhone’s narrow jack.

Fortunately, Apple must have realized that this was pretty silly — there was no reason that standard stereo earphones should have presented a problem with the headphone jack, since the microphone was the third wire — and by the following year the iPhone 3G had gained a more normal flush headphone jack, which would be the normal until Apple decided to remove it entirely with the iPhone 7, returning us back to the era of headphone adapters.

Although the first iPhone had Bluetooth support, this was limited to the monaural “headset” profile, meaning it was designed for making phone calls, but not for listening to music. While stereo “A2DP” Bluetooth headsets were still fairly uncommon back then, it was an unfortunate limitation, especially in light of Apple’s weird headphone jack.

Stereo A2DP support didn’t arrive until 2009 with the iPhone 3GS and iPhone Software 3.0, and although the 2008 iPhone 3G gained it retroactively, as usual the original iPhone was left out of the party.

Apple Made a Bluetooth Earpiece

Long before the AIrPods were even a glimmer in Apple’s eyes, the company actually released its own mono Bluetooth headset that was pretty revolutionary for its tight level of iPhone integration.

Apple’s Bluetooth headset, which was extremely compact, came with a special USB-to-Dock Connector cable that let users pair it up seamlessly and also charge it at the same time as the iPhone, which would display the headset’s charging status and battery level right on the lock screen. Apple even offered a dock — as an optional accessory — that provided a spot to charge the headset alongside the iPhone.

It was a clever level of integration that foreshadowed what the company would later do with its AIrPods.

In many ways, the original iPhone showed its iPod roots. From a media management point of view, in fact, it was almost exactly like an iPod, meaning you needed to sync it with iTunes to get any content on or off of the device. Even the media playback app was called “iPod” back then.

Of course, there were no music streaming services in those days, so your music had to come from those tracks that you already owned, and iTunes was the app for that back then. However, even syncing contacts and calendars required a wired USB connection to your Mac or PC to transfer that data via iTunes. For all intents and purposes, the original iPhone was a much more tethered device.

Thanks to its partnership with AT&T, Apple actually managed to do something quite different with the first iPhone. Eschewing the carrier subsidies that had already been the norm for many years, Apple chose to sell the iPhone outright at full price. Since users weren’t buying it on contract, this meant that there was no paperwork to fill out when purchasing it, so you could actually buy it in the same way as buying an iPod.

Instead, the activation was handled entirely online via iTunes from the comfort of your home. You would buy your iPhone at an Apple Store or other retailer, then take it home, plug it into your Mac or PC, fire up iTunes, and then follow a series of steps that would take you through the process of either signing up for a new AT&T account or transferring your existing account information over. The SIM card inside the iPhone would be automatically provisioned, and most users were up and running within minutes. It was really quite a great way to set up a new iPhone with service.

Unfortunately, since this required a special arrangement with AT&T, it didn’t really scale all that well as Apple began making the iPhone available on other carriers, nor did Apple’s strategy of selling the iPhone at full retail price without offering carrier subsidies. By the time the iPhone 3G was released the following year, Apple had fallen into line with other mobile phone makers and began selling the iPhone with more traditional subsidies and in-store activations.

This activation feature, however, was also the precursor to what would later become the Activation Lock security feature in iOS 7. From the very beginning, Apple’s iPhones required authorization from the Apple mothership before they would be “activated” for use, so the Activation Lock feature was actually just an extra step that required the original owner’s Apple ID and password to be entered before the activation process could be completed.