Posted on June 15, 2020 by penndigitalPosted in Tech Hardware 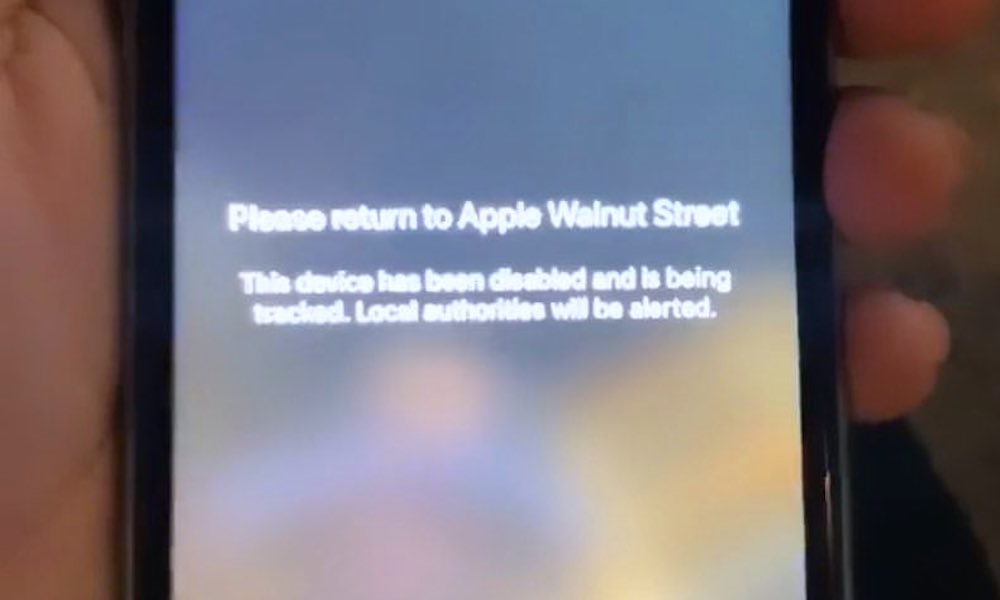 It’s been an immensely unfortunate yet powerful period for Americans, as millions across the United States have gathered in solidarity after the death of George Floyd. But accompanying many of these gatherings have been several incidents of looting and rampages against local businesses.

In several towns, that has included the local Apple Store, with looters reportedly attempting to steal Apple products from them. However, looters may be in for a surprise.

Apple closed several of its Apple Stores before protests in hopes of protecting them. However, that hasn’t stopped several individuals from breaking into those properties and stealing multiple Apple devices. Since then, screenshots have arisen from various sources showing Apple iPhones locking up after being stolen from stores.

This particular screenshot appears to be from a user in Philadelphia, PA.

The screenshot, which reads “Please Return to Apple Walnut Street. This device has been disabled and is being tracked. Local authorities will be alerted” was posted to Twitter and Reddit.

It’s well-known that Apple does have tools for tracking and locking iPhones if they were stolen from customers, like Activation Lock and Mark as Lost in the Find My app. It’s possible that this is the same type of software being used based on the specific device IDs of those that were stolen, or it could be a completely separate function specific to devices still in the store.

It’s assumed that iPhones on display at Apple Stores feature proximity sensors that will brick the device automatically when it leaves the premises, but Apple is quiet on the matter.

It’s unclear how, or if, this tracking is being actively forwarded to local authorities or if it’s more a play to create the impression of a security risk to thieves.